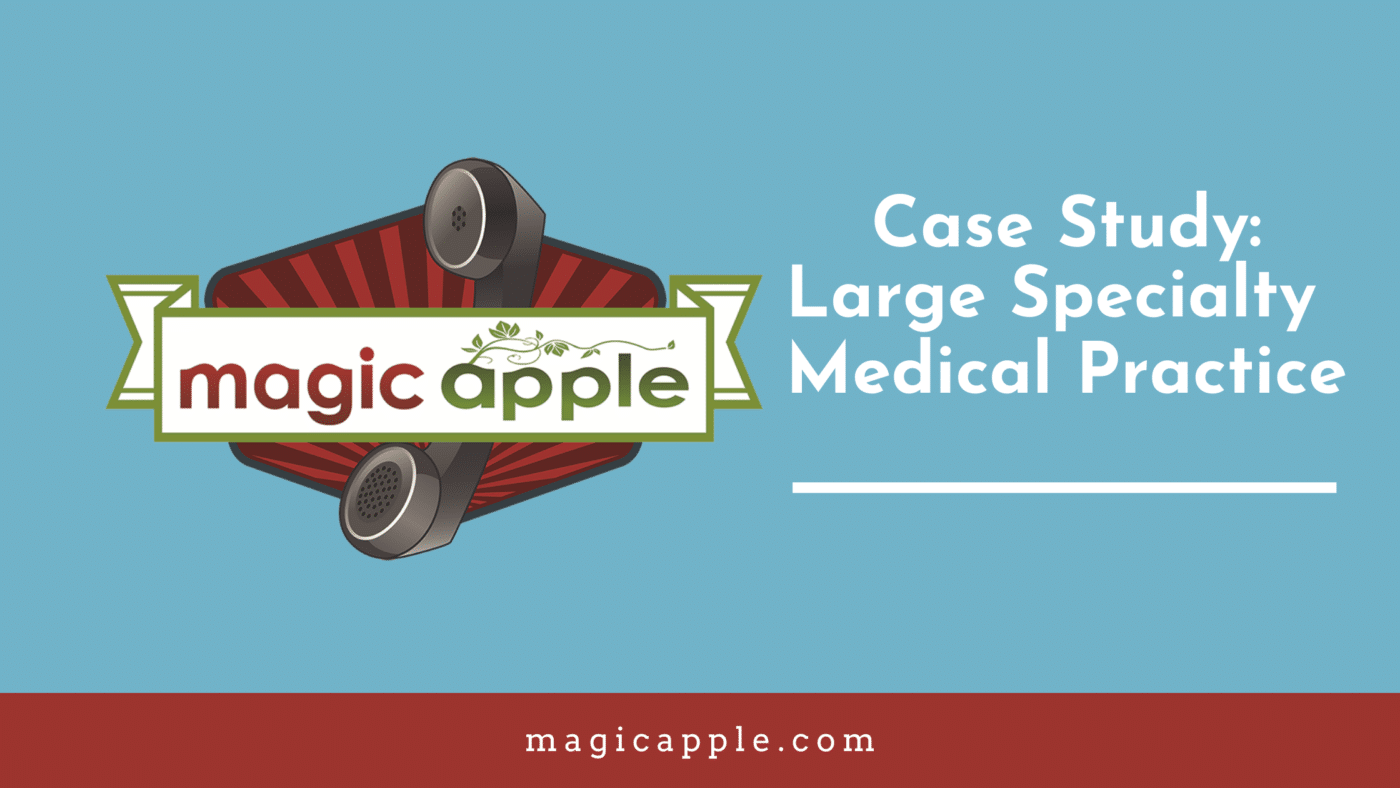 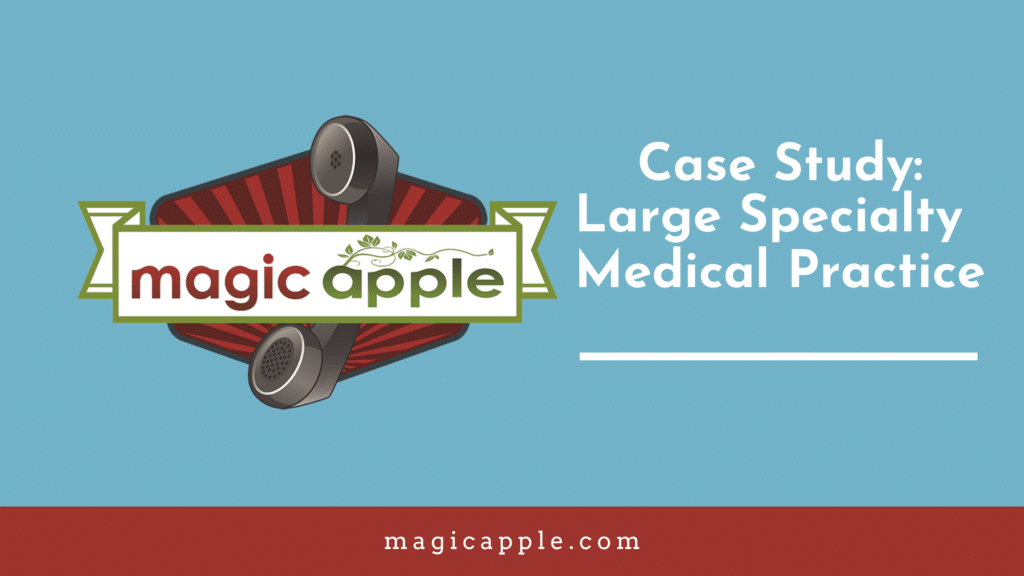 The Practice’s current business phone solution had been in place for over 15 years.  The Practice was growing and an average of two new locations per year.  Using the legacy phone system to deploy phones for the new locations cost almost $2,000 in new equipment to get one phone online.  This was due to the fact that they had to purchase new VPN equipment to connect to the current on premise phone system.  The time to spin up a new location was also excessive.  It was a very hands on process for their internal IT resources.

The Practice was paying just under $600 a month for voice services from Comcast.  There was also over $11000 in service and licensing cost per year on average.  Their system was a heavily licensed product that had a lot of extra cost just to be able to use it and all support was extra.

Magic Apple was able to do a deep dive with the Practice and uncover ways to help them.   Magic Apple designed a cloud-based solution that was not site dependent.  The Practice could easily roll out new locations by relying on Magic Apple to take care of it for them.  Magic Apple designed a custom onboarding plan that did not depend on their internal IT resources.  The Practice was able to move from a system that they had outgrown to a business phone system that not only works for today’s needs but also future proofs their business communications needs for years to come.

The Practice was paying on average $22000 a year based on the current growth rate.  That breakdown looks like this.

Magic Apple was able to provide an awesome worry free onsite installation for a one time charge of $3000 and provided 58 new hosted seats and even upgraded 24 of their older phones for low monthly price of $1509.20.  That is a savings of $890 the first year and $3890 each year after.  Total savings over the three year agreement is $8670.