The Evolution of Phones: From Bell to Hosted Telephony 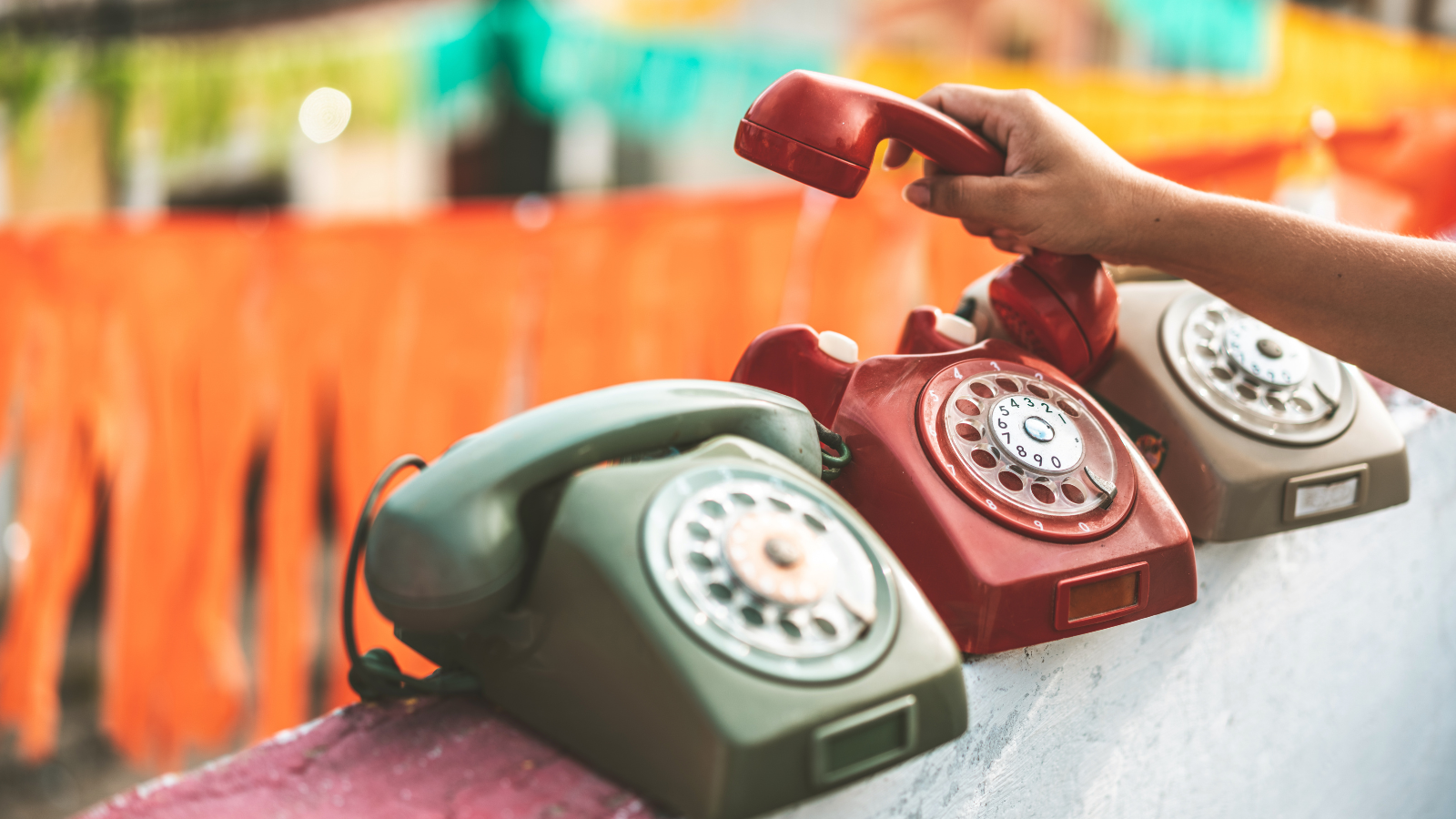 The telecommunications industry is one of the fastest-changing out there. As technology evolves, our need for faster and more efficient communications also evolves. Long gone are the days when phone systems required a bunch of cables and heavy equipment to function. But how did we get all the way here? How did we go from limited communications to being able to communicate with anyone anywhere in the world within seconds?

The evolution of Telephony

The creation of the telephone dates back to 1876, and it is impossible to pin who the creator was. Both Alexander Graham Bell and Elisha Gray submitted independent patent applications concerning telephones to the patent office in Washington on the exact same day:  February 16th, 1876.

The first telephone worked by converting vibrations into an electric current that traveled along the wire to the receiver. But how did businesses run their communications?

Up until the 1960s businesses used public telephone services to connect their internal calls. Without private operators, communicating within an office was no different than calling a friend. Naturally, privacy wasn’t really a thing at this point. In 1882 the first PBX system was introduced by attorneys in Richmond Virginia. This was in the form of switchboard hardware and private operators.

Before the 1900s, telephone calls were a little complicated because they required an operator to connect the calls. The Bell Company was heavily dominating the business, till an American inventor named Almon B. Strowger came into the scene. He invented the first automatic telephone exchange, which became patented in 1891. Removing the intermediary operator changed the course of telephony forever. This is also where the rotary dial phone came onto the scene.

The early 1900s saw the installation of PBX technology in offices, factories, hospitals, schools, and other significant employers.

Big leap, we know. But nothing majorly exciting happened until the 1970’s when the first wireless telephone was patented by George Sweigert. Wireless phones were not available on the commercial market till the 1980s. But as you may imagine, they became very popular very fast.

The automatization of communications revolutionized PBX by removing the middleman and making calls faster and cheaper. This is also the era where telephony started being revolutionized by testing VoIP services and bringing mobile phones into the market. Hosted telephony was soon coming to save us.

Technology advanced at a fast pace throughout the 90s. Smartphones became increasingly popular. The demand for more features to make people’s communications more efficient had the entire telephone market running to innovate their products. By this point, smartphones were the thing. People started opting for this option to have the ability to communicate on the go.

But there was still a huge problem, how could you communicate internationally without breaking the bank? Enter hosted telephony. In 1995 the first internet phone service appeared; it allowed users to use the internet to make calls as opposed to using traditional phone lines. In 1997 the first IP PBX service became available to later be offered with VoIP services. This change eliminated the need for switchboards, which meant heavy equipment was now a thing of the past.

In its early stages, using hosted telephony was a little complicated because both users needed the software installed on their pieces to make and receive a call. Plus, the sound quality was not very good, but this changed soon.

Moving into the 2000’s text/voice/video programs like Skype made it possible for users to connect in even more ways as VoIP technology spread into businesses and applications.

Smartphones are now in full swing, and social media takes over becoming a big part of communications. However, no business can fully rely on social media (quite yet. We don’t know about the future.) This is where hosted phone systems become an important tool for any business to have. Hosted telephony now works by connecting calls using an internet connection, SIP devices and internet-based protocols like VoIP.

Technology keeps evolving to offer as many features as possible. This is all with the goal of making communications more reliable and efficient. Modern times demand phone systems that can connect calls from anywhere at any time. That’s exactly what hosted telephony systems do. Today hosted PBX systems work by connecting calls using internet connections. The service is hosted on a cloud which means no equipment is needed on location. Furthermore, this means communications can now be reliable and efficient. It’s easier than ever to make calls from anywhere at any time. Hosted telephony has revolutionized communications forever.

The evolution of how we communicate is fascinating to look at. It can also be a lot of information to take in. We have most likely piqued your interest with all this talk about reliable communications. If you want to know more about what communications can offer you nowadays get in touch with us. Our team of experts here at Magic Apple can guide you in the process of choosing top-tier hosted PBX systems.